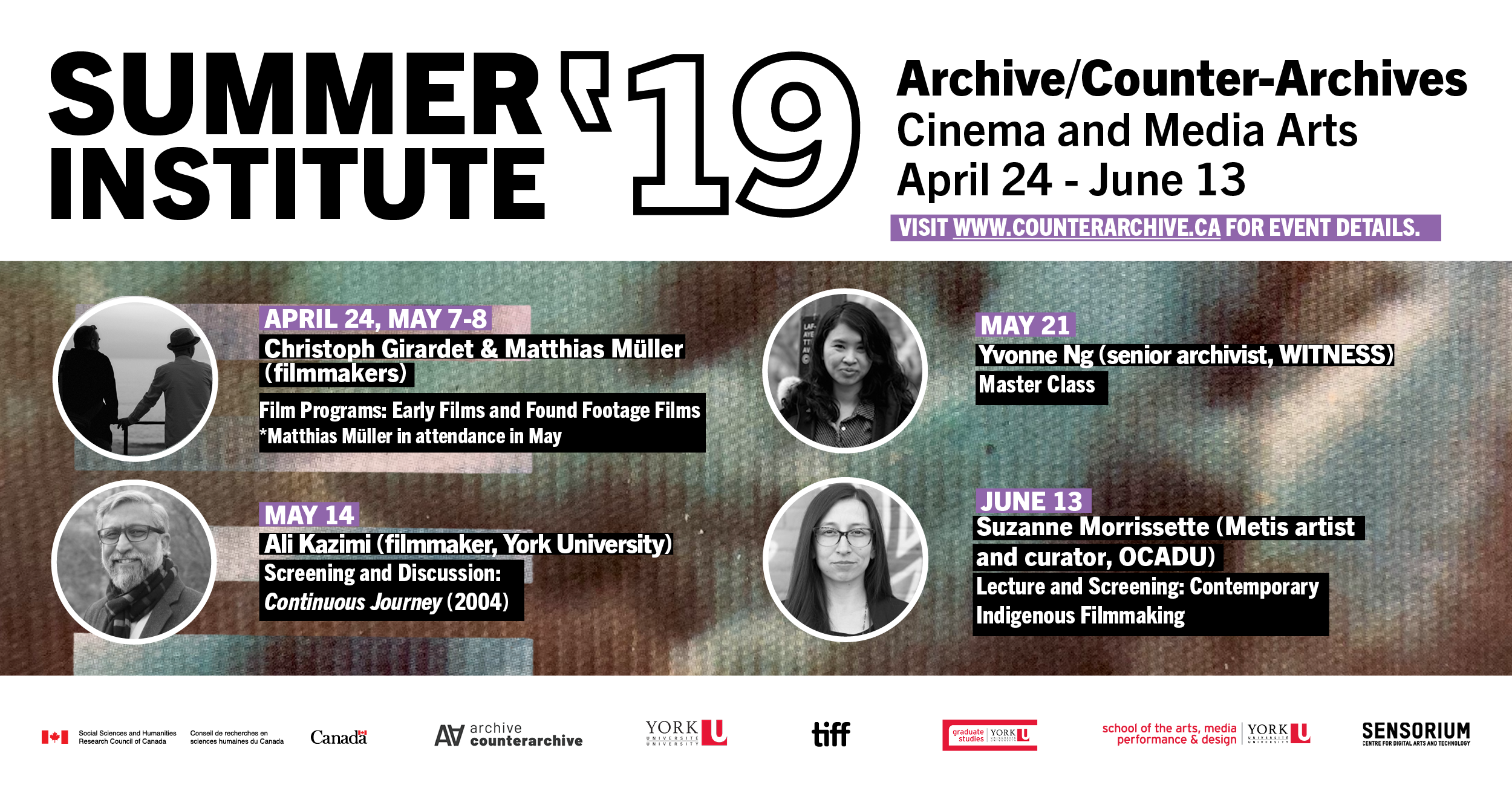 This screening of shorts is an opportunity to see some early work from German experimental filmmakers Christoph Girardet and Matthias Müller:

Scott Miller Berry's introduction to Program #1 is available here on our website.

Müller will be leading a Master Class for Summer Institute students about his filmmaking and archival practices as an experimental artist.

As part of an exploration into working with found materials, German experimental filmmaker and curator Matthias Müller joins us to introduce a selection of the more recent films he co-directed with Christoph Girardet, followed by an onstage conversation with Concordia's Catherine Russell.

Join us for a screening of Ali Kazimi's documentary film Continuous Journey (2004) about the Komagatu Maru incident. Following the screening will be a Q&A discussion with Kazimi about the eight-year process of making the film.

Kazimi is a filmmaker whose work deals with race, social justice migration, history, and memory. He is the recipient of the 2019 Governor General’s Award for Visual and Media Arts.

The evening begins with a talk featuring curator Suzanne Morrissette (OCAD University) and artists Lisa Myers and Fallon Simard, followed by stunning outdoor projections of short films against the walls of the historic Jacob Stong Barn at sundown:

And from then on we lived on blueberries for about a week (dir. Lisa Myers, 7 min.)

Morrissette is a Metis artist, curator, and scholar from Winnipeg researching reactions to Indigenous political thought and curatorial strategies for centering Indigenous knowledge.

5021 Process Cinema (Activating the Archive) - Philip Hoffman | April 24 - May 16 + June 11 and 13
Explores a creative tradition of found footage filmmaking and remixing in alternative filmmaking that depends on archival materials.