Epistemologies of the Archive

This Working Group is discussing the status of the film archive within a changing technological and socio-political environment. It is investigating broad-based questions about the history of archival practices and institutions; and about theoretical and sociological implications of these practices and institutions. The team is refining the definition and potential of the concept of counter-archive within the Canadian context, and developing a more conceptual understanding of media archiving practices.

Questions explored by this group include: 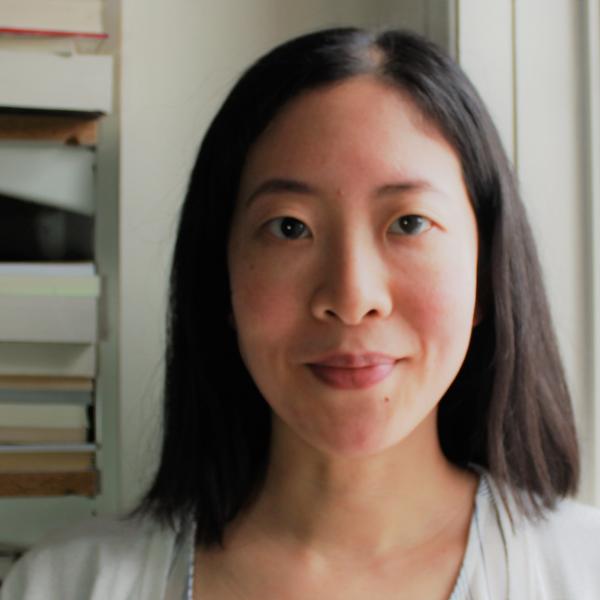 May Chew is an Assistant Professor at the Mel Hoppenheim School of Cinema and Department of Art History at Concordia University. Chew collaborates on Houses on Pengarth, a research and curation project centred on developing a socially-engaged, experimental art lab in Toronto’s Lawrence Heights community. Her recent work includes a chapter in the anthology Material Cultures in Canada (WLU Press, 2015); articles in Imaginations, the International Journal of Heritage Studies, the Journal of Canadian Art History; and Public 57: Archives/Counter-Archives, which she co-edited with Susan Lord and Janine Marchessault. 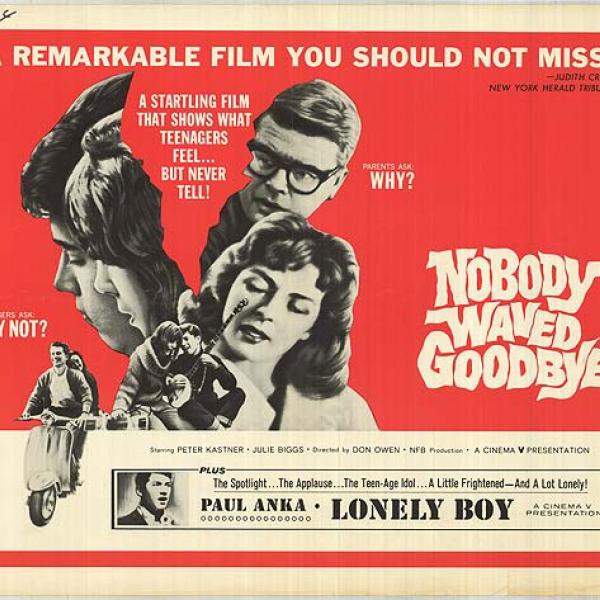 Charles R. Acland is Professor and Chair of the Department of Communication Studies, Concordia University, Montreal. Acland has been a visiting scholar at McGill University, University of Minnesota, Harvard University, and University of California-Santa Barbara. His monographs include Youth, Murder, Spectacle: The Cultural Politics of "Youth in Crisis" (Perseus/Westview Press, 1995), Screen Traffic: Movies, Multiplexes, and Global Culture (Duke UP, 2003), and Swift Viewing: The Popular Life of Subliminal Influence (Duke UP, 2012). Acland’s edited books are Harold Innis in the New Century: Reflections and Refractions (McGill-Queen’s UP, 1999) with William Buxton, Residual Media (U of Minnesota Press, 2007), and Useful Cinema (Duke UP, 2011) with Haidee Wasson.

Most recently, he co-edited with Eric Hoyt the open-access Arclight Guide to Media History and Digital Humanities (REFRAME Books/Project Arclight, 2016). Acland was Concordia University Research Chair (2004-2015) and editor, with Catherine Russell, of the Canadian Journal of Film Studies (2008-2016). 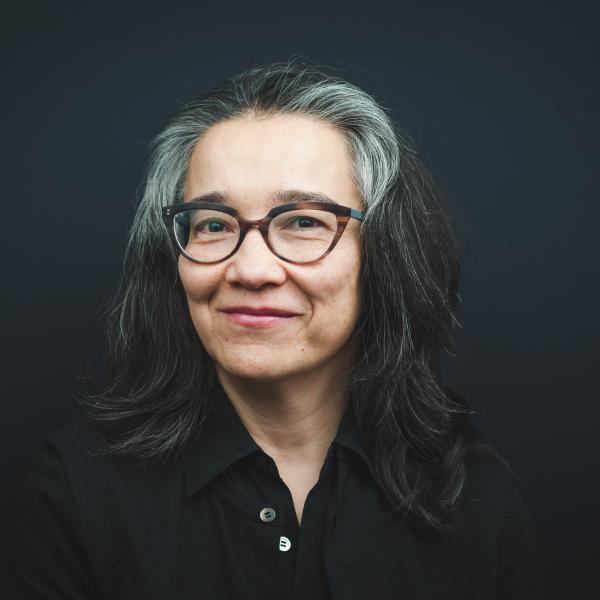 Monika Kin Gagnon is Professor of Communication Studies at Concordia University. She is author of Other Conundrums: Race, Culture, and Canadian Art (2000), 13 Conversations about Art and Cultural Race Politics (2002) with Richard Fung, and co-edited Reimagining Cinema: Film at Expo 67 (2014) with Janine Marchessault. She produced the DVD-catalogue restoration, Charles Gagnon: 4 Films (2009), on her late artist-father’s experimental 1960’s films, and related interactive Korsakow film, Archiving R69 (2011). She was co-curator of In Search of Expo 67 at the Musée d’art contemporain de Montréal for the 50th anniversary of Expo 67, including an expanded cinema program of digitally restored multi-screen films from Expo 67. She curated La Vie polaire/Polar Life, a digital simulation of the 11-screen Expo 67 film for Cinémathèque Québécoise (2014), and Theresa Hak Kyung Cha | Immatérial for DHC Art/Centre Phi (2015). She is working on Posthumous Cinema: Unfinished Films in the Archives.

Heather Home has been the Public Services/Private Records Archivist at Queen's University Archives since September 2001. Prior to arriving at Queen's, she worked at the Provincial Archives of Alberta in the Private Records Division, as well as CBC Vancouver within the film archives. Heather holds a Master of Archival Studies (M.A.S.) from the University of British Columbia and a B.A. (Honours) in Cultural Studies from Trent University. Over the past decade she has served on a variety of local, and national, boards and committees for the Association of Canadian Archivists, the Cataraqui Archaeological Research Foundation, Archives Association of Ontario, Kingston Association of Museums, Art Galleries, and Historic Sites and the City of Kingston. Ms. Home’s research interests include the documentation and conservation of media arts heritage, early 20th century Canadian women artists archives, and the use of archival material in the creation of imaginative works. 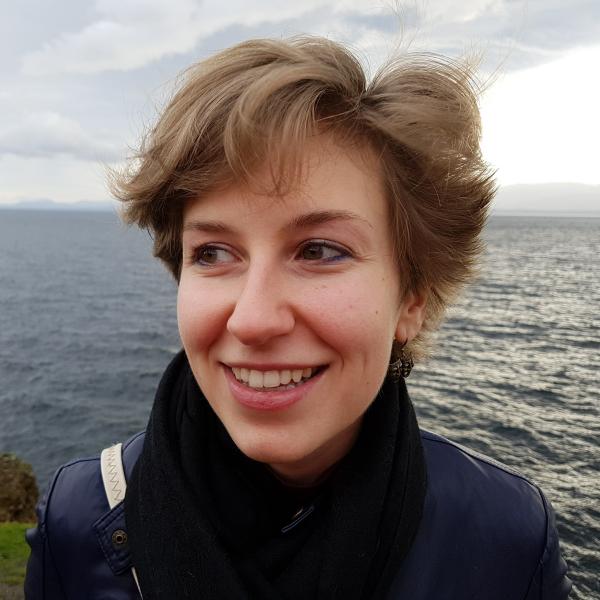 Zoë Anne Laks is a PhD candidate in Film and Moving Image Studies at Concordia University. Her MA thesis, On Longing for Loss: A Theory of Cinematic Memory and an Aesthetics of Nostalgia, explored affective memory representations in film and proposed an original theory of nostalgia and nostalgic aesthetics. In her dissertation she is researching representations of posthuman memory in film and new media, specifically object-memories and their function as imaginative and non-indexical archives. Her current research interests include film and memory theory, posthumanism, object-oriented philosophies, and media archeology. 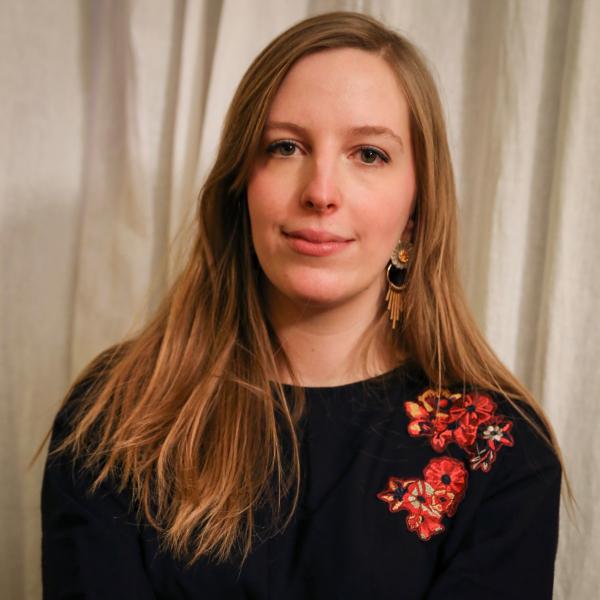 Lola Rémy is a PhD candidate in Film and Moving Image Studies in the Mel Hoppenheim School of Cinema at Concordia University, Montreal. She received her MA in History of Arts from Université Paris-Sorbonne. Her dissertation investigates and contextualizes the formation of a post-war universalist discourse as expressed in experimental film practices of assemblage. Examining the archives of artists as well as the institutions that funded them, she is attentive to archival silences. She attempts to retrieve the missing voices of the archives, and offers a decolonizing perspective on the appropriation of Indigenous objects and imagery, at the core of the universalist discourse. Her work has been published in NECSUS European Journal of Media Studies, Frames Cinema Journal, and Synoptique, A Journal of Film and Moving Image Studies. 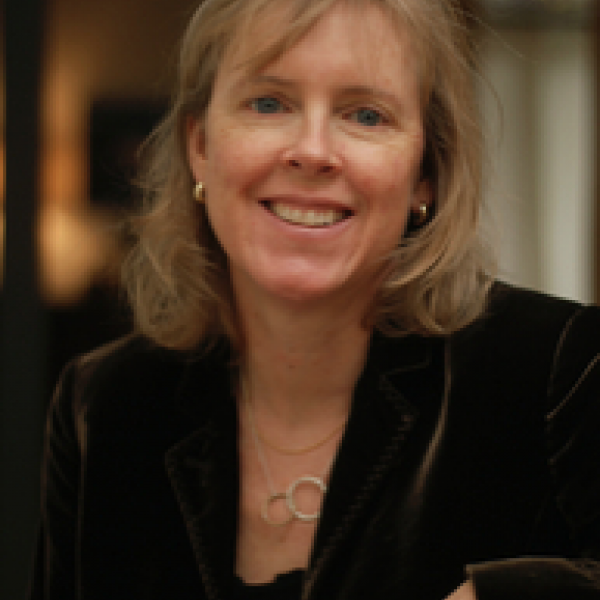 Catherine Russell is Distinguished Professor of Film Studies at the Mel Hoppenheim School of Cinema at Concordia University in Montreal, Canada. She is the author of five books, including Experimental Ethnography: The Work of Film in the Age of Video (1999), and Archiveology: Walter Benjamin and Archival Film Practices (2018). She has published articles on experimental film, Japanese film, and Hollywood cinema in Cinema Journal, Camera Obscura, Criticism, Visual Anthropology, Scope, Transformations, Framework, and she is a contributing writer for Cineaste Magazine. 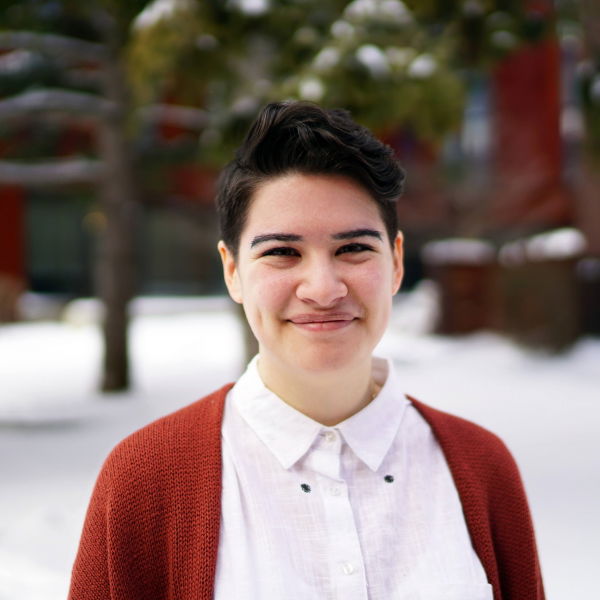 Jess Stewart-Lee is a graduate student in the Film Studies program at Concordia University. After completing an undergraduate degree at the University of Toronto in Cinema Studies and Diaspora & Transnational Studies, Jess wanted to continue her studies in film. She is currently pursuing research into the use of archival media in autobiographical documentary films, with a focus on films by people of colour. She is specifically interested in questions of family history, liminality, and depictions of race on-screen. 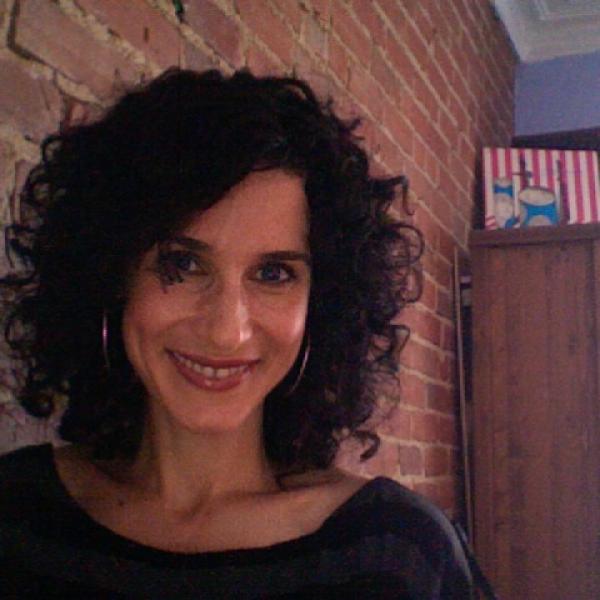 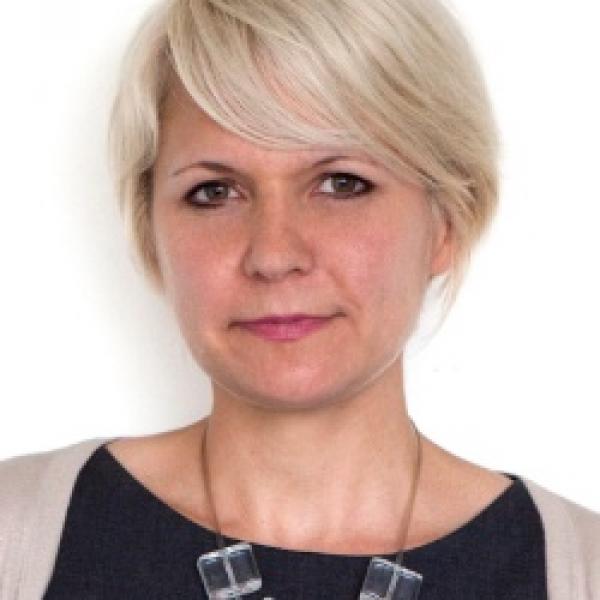 Haidee Wasson is Professor of Film and Media in the School of Cinema, Concordia University, Montreal. She has taught also at the University of Minnesota and at Harvard University. She is author of the award-winning Museum Movies: The Museum of Modern Art and the Birth of Art Cinema. She is also co-editor of several volumes, including: Inventing Film Studies (with Lee Grieveson), Useful Cinema (with Charles Acland), and most recently a book on the American military and its use of film and film technologies, with University of California Press. She also co-edits the Cultural Histories of Cinema book series for the BFI, a series dedicated to analyzing cinema’s expansive role in the complex social, economic, and political dynamics of the twentieth and twenty-first centuries. Her current project maps the importance of portable projectors for the rise and spread of film as a dispersed technological platform, and as institutional and everyday media. 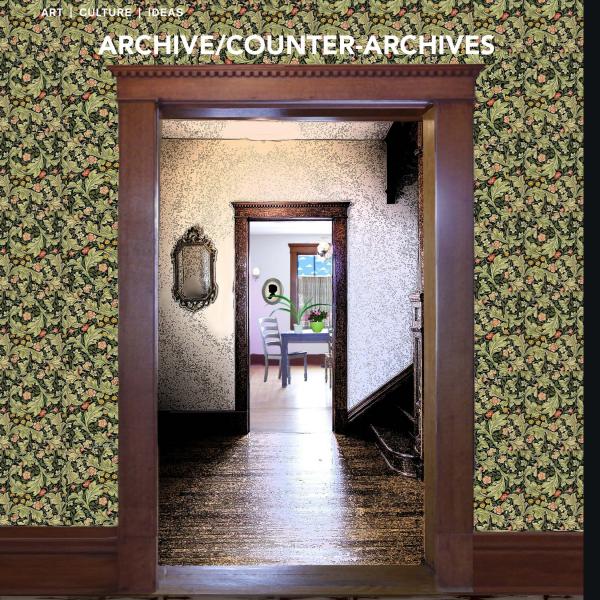 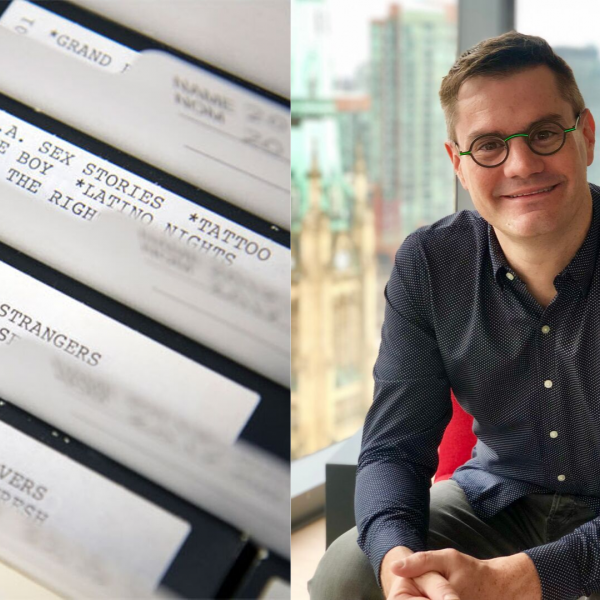 Event Description
Archive/Counter-Archive's Epistemologies of the Archive Working Group will be hosting a free public lecture at Concordia University by Dr. Patrick Keilty. Patrick Keilty is Associate Professor in the Faculty of Information at the University of Toronto, with affiliate faculty positions in the Technoscience Research Unit, Cinema Studies Institute, Bonham Centre for Sexual Diversity Studies, and the Women and Gender Studies Institute.
Read more