This Case Study is excavating the work and artistic practice of Margaret Perry, one of Canada’s most important and least-known woman filmmakers and early film bureaucrats. Starting out in New Brunswick as a wartime projectionist where she taught herself to make short films about everyday life, Perry went to Ottawa to work with John Grierson at the National Film Board of Canada. In 1945, Perry moved to Halifax to become Director of the Nova Scotia Film Bureau, where between 1945-1969 she made and oversaw the production of over fifty promotional films that depicted the Province as a tourist destination, an industrial and agricultural centre, and a complex site of cultural heritage.

Until 1958, Perry was the Bureau’s only employee, and was responsible for all aspects of production from script writing to cinematography, negative cutting and editing. While Perry’s scripts are all performed by a male voice-of-god narrator, her films reflect her aesthetic voice. With bulky equipment and little support, her distinctive and colourful images of Nova Scotia on Kodachrome and Ektachrome film stock, were often recorded in perilous conditions, and are significant on their own merit, and especially considering the limited film records that remain from the period.

Until now, scant attention has been paid to these so-called "government films," which have been dismissed, often without being seen, on charges of their “anti- modern” depictions of Nova Scotia. This project is committed to creating access as well as framing and contextualizing Perry’s films and supporting material in order to invite contemporary readings in the context of women’s labour and cinema, regional records and artworks, as well as the progressive and contentious discourses they contain.

Through a series of public exhibitions, public education projects and the creation of artworks and installations that respond to Perry’s work, this case study will reintroduce and reframe Margaret Perry and the contribution of her films.

Progress on the Margaret Perry Case Study was exciting until COVID-19 forced us to pause our efforts. In 2019 we met with the Atlantic Film Festival and made plans to collaborate on a Margaret Perry theatre installation and programming stream that was slated to be a central part of the 40th Anniversary celebration of the festival.

Nova Scotia Archives had generously offered to host a reception and mount an exhibition as part of the film festival. Nova Scotia School of Art and Design University had also signed on as a collaborator to host two artist-in-residence programs to produce two short-film response engagements with Margaret Perry works. At that time, we had planned to host a summer workshop, involving NSCAD students, leading up to these events.

Happily, we did achieve a few key research goals before the COVID moratorium arrived. In fall, 2019, Margaret Perry’s granddaughter and great-grandson graciously transported three of Perry’s earliest films from their personal collection to the Vulnerable Media Lab at Queen's University to be digitized.

In December, these films were shown for the first time since the 1940s at the TIFF Bell Lightbox Theatre (Toronto, ON).

In February 2019, co-applicant Jennifer VanderBurgh travelled to Keswick, ON for a second time, where she had the incredible privilege of digitizing Perry’s personal papers and filmmaking ephemera at the family home.

Saint Mary’s undergraduate student, Andres Guardia, who won a SSHRC Explore Summer Student Award in 2020 to work on Margaret Perry research, completed multiple primary source projects that will be credited to him in the upcoming Perry manuscript being developed.

Halifax is in Mi’kma’ki, the ancestral and unceded territory of the Mi’kmaq People. This territory is covered by the “Treaties of Peace and Friendship” which Mi’kmaq and Wolastoqiyik (Maliseet) Peoples first signed with the British Crown in 1725. The treaties did not deal with surrender of lands and resources but in fact recognized Mi’kmaq and Wolastoqiyik (Maliseet) title and established the rules for what was to be an ongoing relationship between nations. 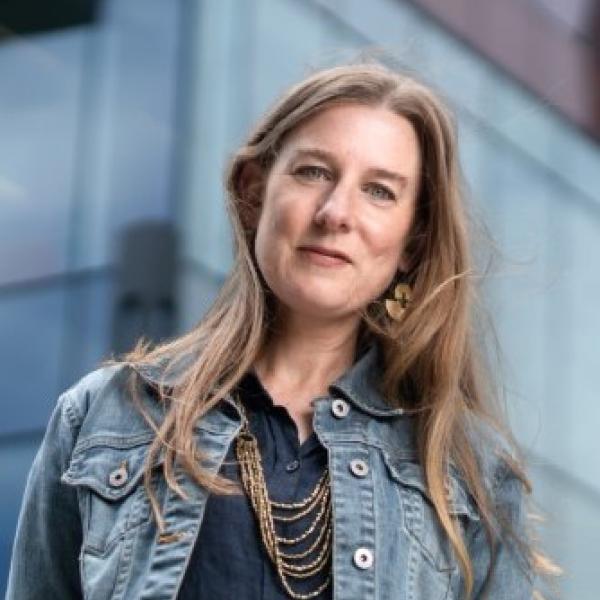 Jennifer VanderBurgh teaches film and media in the Department of English at Saint Mary's University (Halifax, NS). Her research investigates how Canadian films and TV shows "remember" ways of thinking and "leave footprints" on cultural understandings and built environments. Her manuscript, What Media Remember: Artefacts and Footprints of Television in Toronto, troubles the idea of “Canadian TV” by examining Toronto’s unique and mutually constitutive relationships with television.

Jennifer’s encounters with policies and practices that limit public access to Canada's TV heritage has led to a research and advocacy focus on how TV circulates outside of archives and institutions, particularly VHS recording, collecting, and preservation projects. Her research on the Margaret Perry case study excavates archival records and oral histories to expand the conceptual framework for the NS Film Bureau films beyond the limited scope of government propaganda and anti-modernism, to include women’s labour/cinema, progressive discourse, regional record, and aesthetics/artwork. 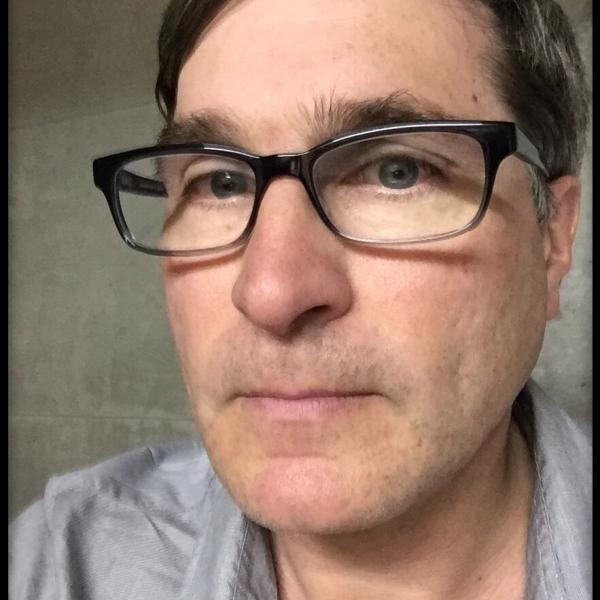 David Clark is a media artist interested in experimental narrative and cinematic use of the internet. Recent works include interactive narrative works for the web: 88 Constellations for Wittgenstein, Sign After the X, and A is for Apple and also the non-linear film Meanwhile and the feature film Maxwell’s Demon. His work has been exhibited at Sundance, SIGGRAPH, EMAF, Transmediale, and the Museum of Moving Images in New York. His work has won awards at FILE, Sao Paulo, and the SXSW Interactive Festival. 88 Constellations for Wittgenstein was included in the Electronic Literature Collection #2 and won the $25,000 2011 Nova Scotia Masterwork Award. He teaches Media Arts at NSCAD University in Halifax. 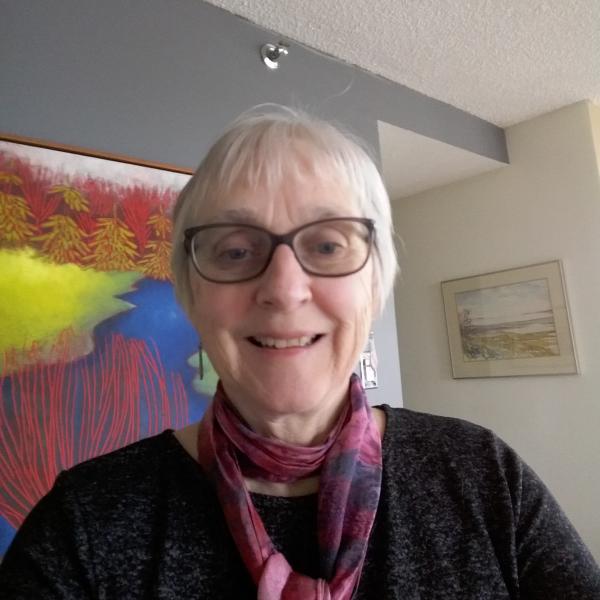 Sharon is a founding member of the Halifax Women’s History Society. She is the co-author of the book Old Nova Scotian Quilts and a co-founder of the Nova Scotia Heritage Quilt Project. She has also done extensive research on hooked mats. Her M.A. thesis, “Hidden Costs, Hidden Labours: Women in Nova Scotia during Two World Wars,” explored the relief work of women volunteers. Her dissertation: “Neither Memsahibs nor Missionaries: Western Women Who Supported the Indian Independence Movement” is a collective biography about women from the West associated with Gandhi and social uplift in Indian villages. A latecomer to academia, she was over 60 when she completed her Ph.D. She continues to research, write and present women’s history, particularly focussing on early peace activism in Nova Scotia and women’s organizational culture. 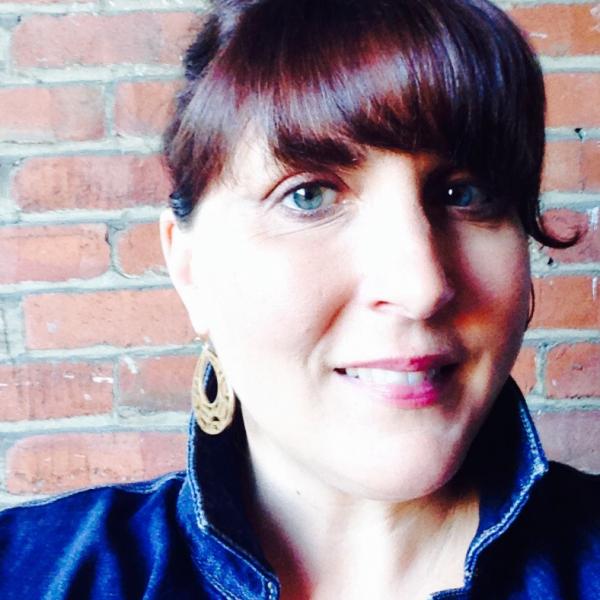 Dr. Carla Taunton is an Associate Professor in the Division of Art History and Contemporary Culture at the Nova Scotia College of Art and Design University (NSCAD) and an Adjunct Associate Professor in the department of Cultural Studies at Queen’s University. Taunton is a white-settler scholar whose areas of expertise include arts-based critique of settler colonialism, Indigenous arts and methodologies, contemporary Canadian art, museum and curatorial studies, as well as theories of decolonization, anti-colonialism, and settler responsibility. Her recent collaborative research projects include: The GLAM Collective, The Pilimmaksarniq/Pijariuqsarniq Project: Inuit Futures in Arts Leadership (2017), Archive/Counter-Archive: Activating Canada’s Moving Image Heritage (2018 - 2024), Transactive Memory Keepers (2016-ongoing); This is What I Wish You Knew: Urban Aboriginal Artists (2015-ongoing), and Theories and Methodologies for Indigenous Arts in North America (2014-ongoing). Her recent publications include “Performing Sovereignty: Forces to be Reckoned With” in More Caught in the Act (2016), and “Embodying Sovereignty: Indigenous Women’s Performance Art in Canada,” in Narratives Unfolding (2017). With Dr. Julie Nagam and Dr. Heather Igloliorte, she co-edited PUBLIC 54: Indigenous Art, and in 2017 with Igloliorte she co-edited a special issue of RACAR on Indigenous art histories. 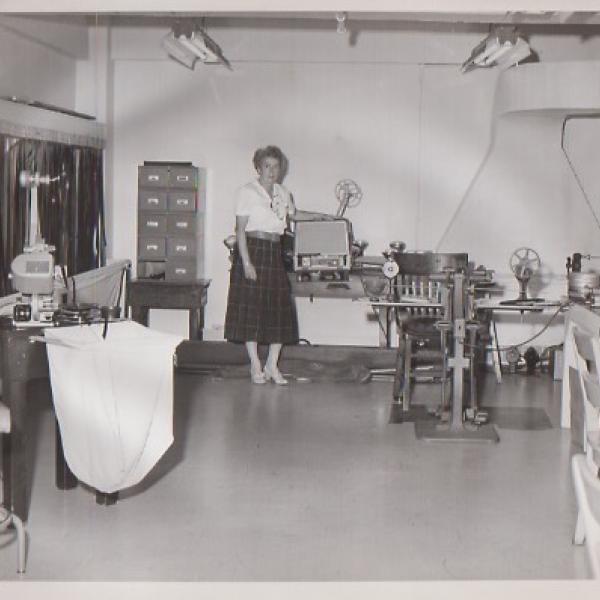 An update from lead Jennifer VanderBurgh on the Margaret Perry and Nova Scotia Film Archives Case Study, including special photos of ephemera found this year, courtesy of Perry's granddaughter!