This Case Study is activating archives through Indigenous methodologies as praxis-based and relational, relating to, and orienting through, the land and its histories, expanding the archive beyond traditional colonial forms of documentation.

Angelina McLeod approaches the project as an Anishinaabe scholar, cultural worker, and artist, and Jacobson-Konefall as a Winnipeg citizen and settler scholar. SL40 First Nation is isolated on a man-made island created by Winnipeg’s aqueduct, built in 1919, which provides the city with potable water. The First Nation has been under a boil water advisory since 1996, with no road-access to their community.

In July of 2021, Urban Shaman hosted Angelina McLeod's show Mide-wigwas: Transmediating, curated by Daina Warren and Jessica Jacobson-Konefall. This exhibition came out of Angelina's research at the City of Winnipeg archives and the Glenbow Museum.  At the city archives, she assessed over 1000 photographic images for the exhibition, considering Shoal Lake 40 First Nation's relationship to the city of Winnipeg. These photographs will also be the basis for future archival research concerning Shoal Lake 40 First Nation and its relationship with the city. In early 2020, just before the pandemic, Angelina Mcleod visited the Redsky birchbark scrolls at the Glenbow Museum in Calgary, Alberta, analysing the audio files created by James Redsky explaining the scrolls’ narratives, meanings and histories.

Mide-wigwas: Transmediating is an exhibit focused on the relationship of birchbark scrolls, as relatives holding both sacred and historical knowledge, to other archival media such as photographs and film. 70 years ago, the artist Angelina McLeod’s great-uncle James Redsky (re)produced a series of Midewiwin birchbark scrolls, including origin, migration, and master scrolls, telling the story of the Anishinaabeg migration from east to west. The migration has been documented in other sources, but these scrolls are the only known source that conveys this history through traditional Anishinaabeg methods of knowledge record. Redsky is from McLeod’s community of Shoal Lake 40 (SL40) First Nation, and in 1966 sold his scrolls to the Glenbow museum in Alberta where they currently reside.

Midewiwin pictograph birch-bark scrolls contain stories, songs, and sacred narratives (Aadizookaanag) that have been handed down to the Anishinaabeg from generation to generation, long before the arrival of settlers on Turtle Island. This exhibit begins to connect the intergenerational Midewiwin practice in McLeod’s family to study of and relation with birch bark scrolls historically and through embodied knowledge. The purpose of this exhibit is to honor the ancestors and culture by re-telling our stories through intergenerational history across media and through Anishinaabeg ways of knowing.

The exhibit took place from July 2 to August 7, 2021 at the Main and Marvin Francis Media Gallery. It can be explored in Urban Shaman's Virtual Gallery.

A panel with the artists was held as part of Worldings: A Virtual Conference, an event organized by Griffin Arts Project. Moderated by Daina Warren of Urban Shaman, it features Jessica Jacobson-Konefall and Angelina McLeod. The complete artist talk can be accessed here.

Stay tuned for more information about the exhibit on the Archive/Counter-Archive website.

Urban Shaman: Contemporary Aboriginal Art Gallery is an Indigenous artist-run centre in Winnipeg, Manitoba. Since 1996, it has been a nationally recognized leader in Aboriginal arts programming and one of the foremost venues and voices for Aboriginal art in Canada.

Urban Shaman: Contemporary Aboriginal Art Gallery is located on Treaty One land, territory of the Anishinaabe, Cree, Dene, Dakota, and Oji-Cree Nations and the homeland of the Métis. As an Indigenous artist run centre, we consider our work to be reflective of continuing Indigenous resurgence and sovereignty. The works we show in community amplify and contend with the conceptual, political, social, and material meanings of Treaty One as the Treaty was negotiated by the Anishinaabe, as well as the ongoing meanings of this land in relation to Indigenous nations broadly speaking. 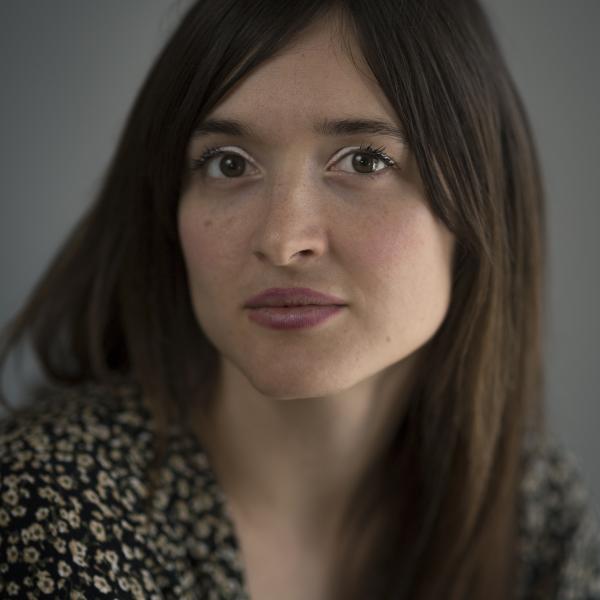 Jessica Jacobson-Konefall is a SSHRC postdoctoral research fellow at the University of Toronto in the Department of History of Art. Her current interests are in contemporary art, care work, creativity, labour, and ecology. She works as assistant to artists Rebecca Belmore and Osvaldo Yero, and as instructor at University of Winnipeg and University of Manitoba. She has published in many scholarly journals and books.

As an archivist at Urban Shaman: Contemporary Aboriginal Art Gallery, working for Director Daina Warren and Dr. Sherry Farell-Racette, her dissertation focused on her work archiving the gallery's programming history from its inception in 1996. As archivist for artist Rebecca Belmore, she digitized Belmore's works from 1980s-present day. Her chapter "Here: Our Alienation and Transformative Agencies" is forthcoming in grunt gallery's anthology Wordless: The Performance Art of Rebecca Belmore (Vancouver, 2019). She is a member of Winnipeg-based solidarity group Friends of Shoal Lake 40. 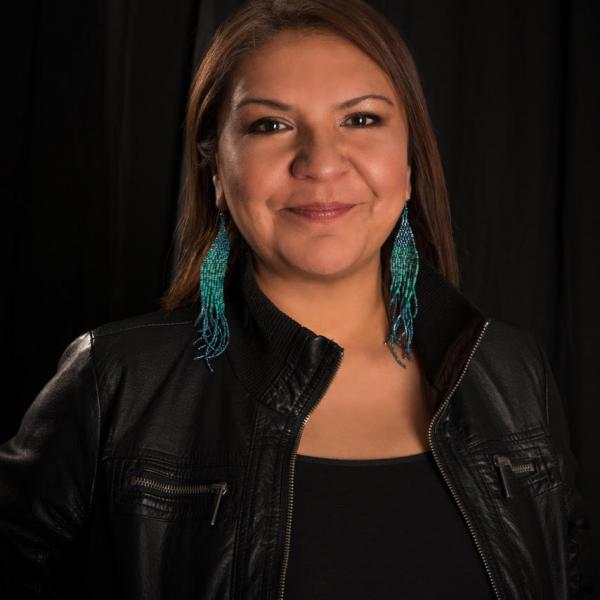 Daina Warren is from the Akamihk (Cree) Nation in Maskwacis (Bear Hills), AB. She was awarded two Canada Council's Aboriginal Curatorial Residencies the first to work with grunt gallery, Vancouver BC (2000-2001) and a second residency at the National Gallery of Canada in Ottawa, Ontario (2010-2011). She has a BFA from the Emily Carr University of Art and Design (2003) and an MA from UBC (2012). Warren was awarded the 2015 Emily Award from Emily Carr University and was selected as one of six Indigenous women curators as part of the Canada Council for the Arts Delegation to participate in the International First Nations Curators Exchange that took place in Australia (2015), New Zealand (2016), and Canada (2017). Her most recent accomplishment was winning the Hnatyshyn Foundation Award for Curatorial Excellency in 2018. She is currently the Director of Urban Shaman Contemporary Aboriginal Art in Winnipeg, Manitoba. 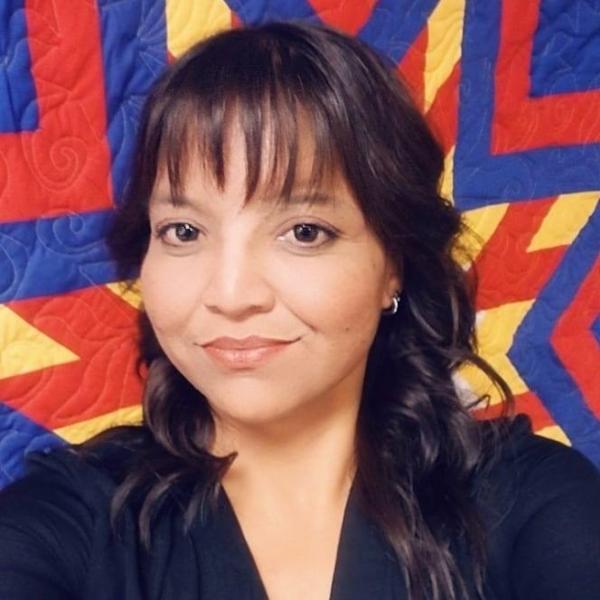 Angelina McLeod (Anishinaabekwe) is an emerging filmmaker, writer, and documentary subject from Shoal Lake First Nation. Angelina is a land and water defender that is passionate about sharing Anishinaabeg history, culture, languages and stories. Her research is focused on Midewiwin birch bark scrolls that were once held by her grand uncle James Redsky, WWI veteran and prominent member of the Midewiwin, interpreted the scrolls before they were sold to the Glenbow Museum in Calgary for preservation. Angelina is currently working on a series of short films with the National Film Board about her community Shoal Lake 40, First Nation, the source of Winnipeg’s drinking water. 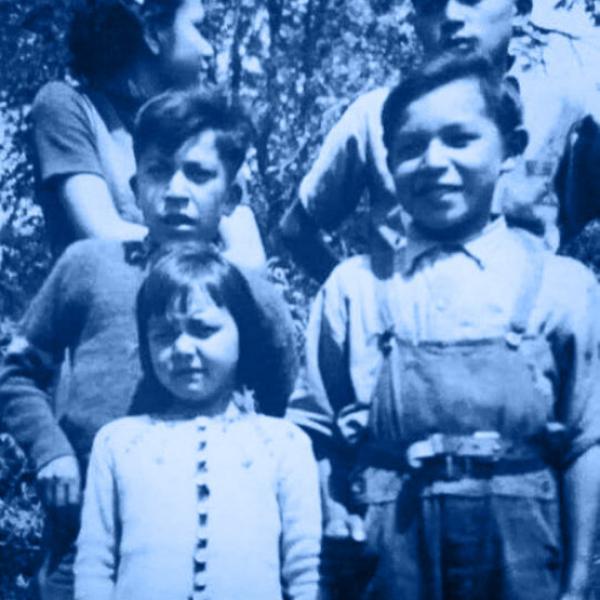 The exhibition is now over, but it can be explored in Urban Shaman's Virtual Gallery.. 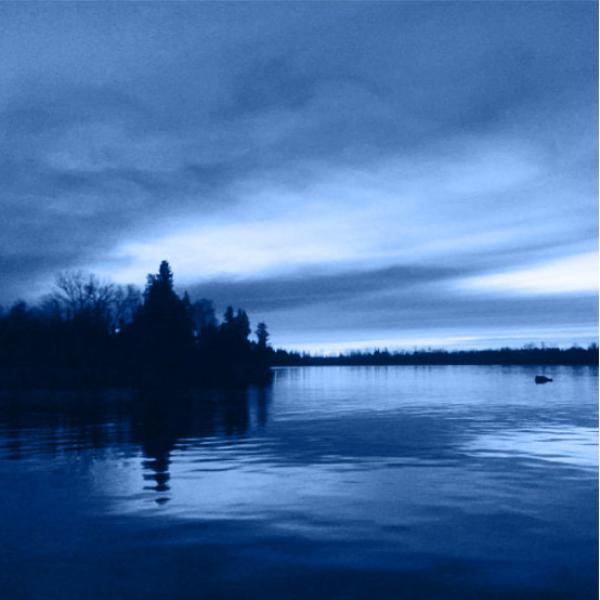